So it was time for a war-room again, this time concerning some Iron-Age cemeteries. Often the first decision is about when it is time to stop collecting data and start to write up. The more data, the more solid the study. This meeting was much about that, what did we really want to investigate in these Iron-Age cemeteries, and how much more genetic data would we need to be able to reach a solid result? Preliminary data from some individuals are needed to discuss these issues, and we had enough for a discussion. But as the cemeteries were close to Östersund, the first thing we needed to do was to get there (as we thought it would be cool to have the meeting close to the sites). Flying is a good way, for us to Östersund, and for various doves doing dove-things in the air. But not at the same time, and not in the same place. Airplane wins over dove, but at the cost of turning back and getting the plane checked by technicians and safety-people. And of course, at the cost of the poor doves life. But after our pilot had killed two birds (!), we finally made it to Östersund.

There, on the shady side under the window and across the joint are the blood-trails from one of the poor doves. 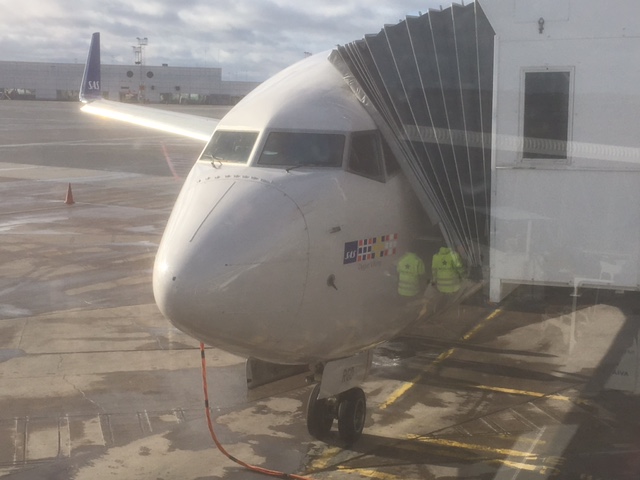 I have said it before and I will say it again, those war-rooms are the most stimulating parts of the research-process. A room full of geneticists, archaeologists, and osteologists trying to make sense of and interpret data. Looking at it from different angles. Coming with possible and impossible suggestions. Trying to read out the past from our results. It is really cool to be involved in this. As our pilot on the flight back home was less blood-thirsty, we did not kill any more birds, and made it safe back to Stockholm without any more blood-shed.

Jan is leading the war-room on the Iron-Age cemeteries. 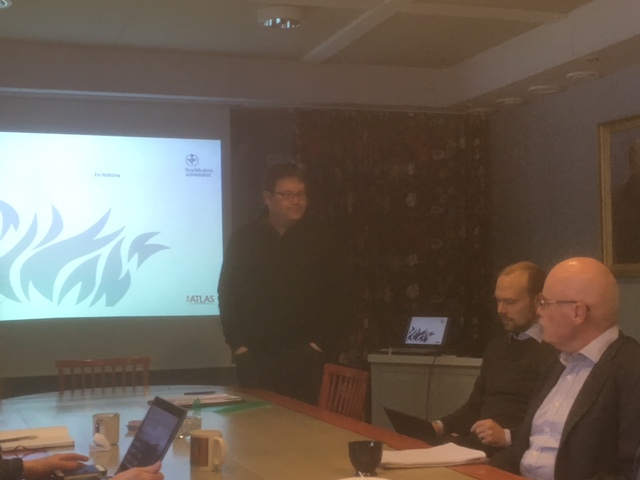