A box with a skull and cross-bones on it. At work on one of our desks. Could perhaps mean that we got some interesting bone-material. And we did, that is exactly what was in this box. But that is not why there was a Jolly Roger on it, it was there to show what the opener of the box would become if he / she did not watch out. With the bones came a fair amount of arsenic. Stuff that has been in collections since at least the 50ies may come with a variety of compounds, anything thought to be useful to kill bugs or any other kind of pests that would destroy the material. And when something like that arrives there are two ways of treating it, by being careful and working in a fume-hood while in massive protective gear, or by staying away from it for a day and hope that someone else solves the problem. Either way, it is cool to get packages labelled with Jolly Rogers, brings an air of the high seas and gun-smoke to the laboratory.

Just arrived to our offices 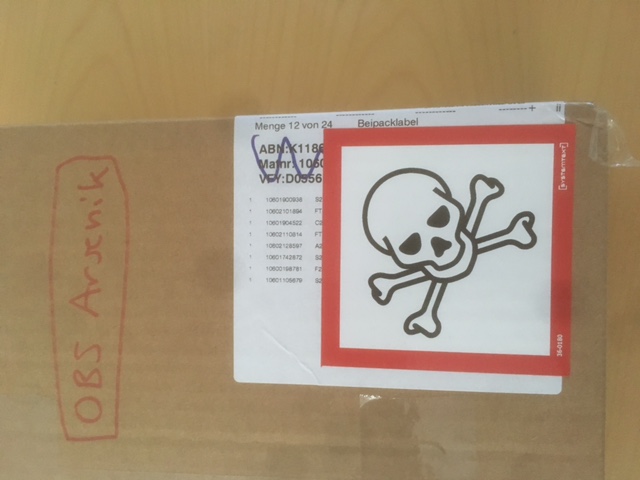