A little more than a decade ago I was in Madrid. I was past my postdoc, but I still spent a lot of time in my postdoc laboratory. And this time I had Tom Gilbert with me. I cannot remember who came up with the idea, Tom or Juan Luis (Arsuaga, my boss back then), but one of the two suggested we should organize a meeting. So we did, one funded by Ramon Areces. The field was just seeing the first NGS studies, and nobody knew how far it would take us. We tried to capture that by inviting what was then promising young postdocs and junior researchers (well, there were a few old foxes too). And the meeting turned out great, it became one of the milestones of the field (OK, a very minor milestones, but I still keep hearing colleagues mentioning it). Today, 11 years later, it is kind of fun to read our motivation for the meeting.

Now, a decade later, and with me having an even worse memory, I again cannot remember if it was Juan Luis or Love (Dalén) who said: “We should do it again”. And it is not a bad idea, so much has happened during this past decade, and so much remains to explore and develop. Several of the young postdocs and young researchers from the last Madrid meeting are now old foxes, while there is a new generation of promising young postdocs and young researchers in the field. It is too early to say if we really will be able to pull it off, but wouldn’t it be fun to have a few of the veterans from the old meeting mixed with a few of the rising stars in Madrid providing the new vision for the coming decade? So here we are, I, Love, and Juan Luis, looking into the possibility for an “Ancient DNA in Madrid, a decade later”. 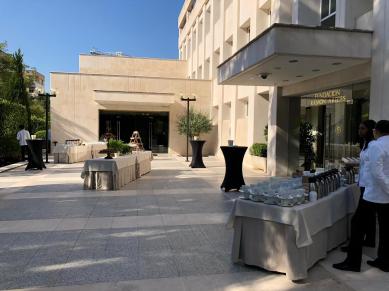